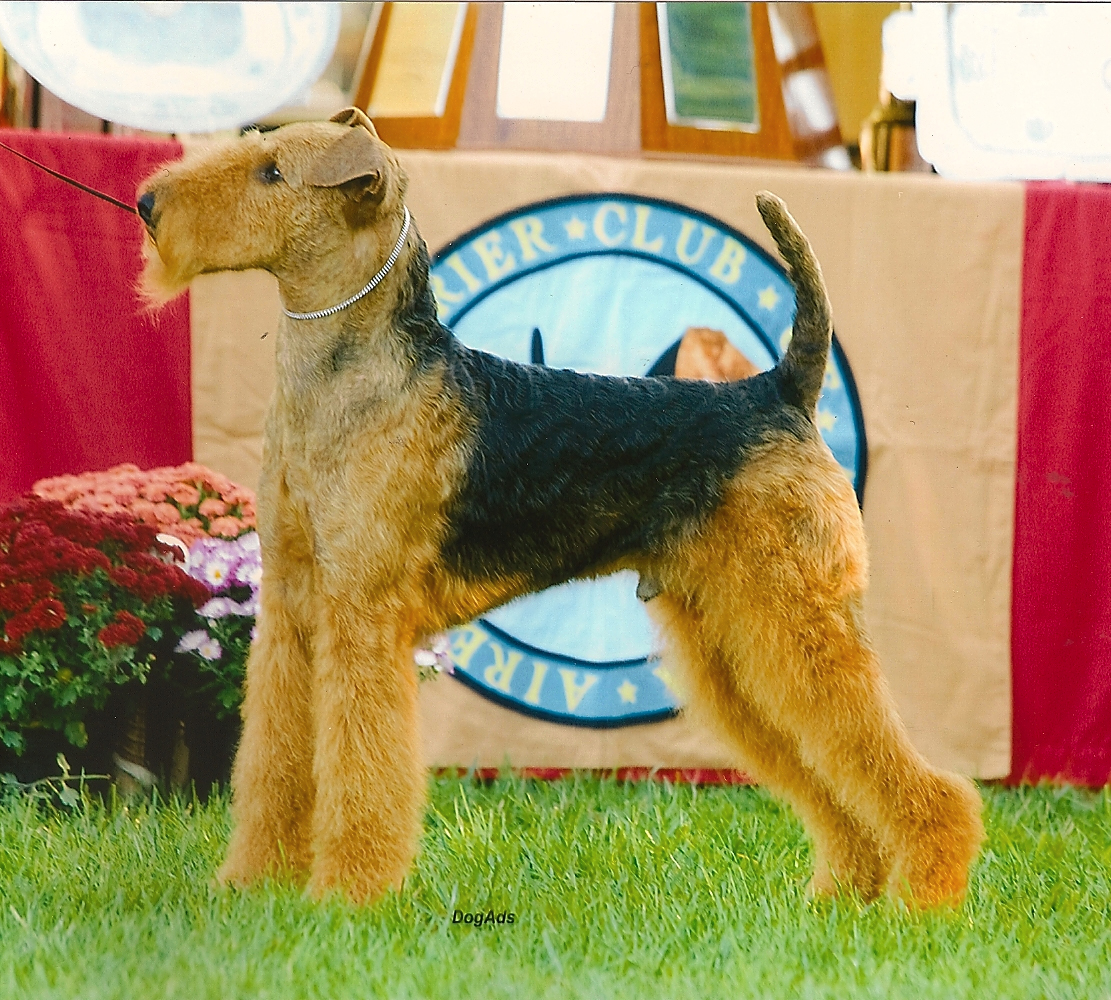 Ch Hat Trick's Always On Top, Pele started on the show road at 6 months. He showed in Santa Clara for the first time. He ventured on to our (CATC) Specialty in Sacramento in April where he received Best Puppy.

Then onto the Southern California Specialty in Long Beach, CA where he received Best in Sweeps! He actually made the cut in Group which surprised everyone. He continued to show once a month and finally got his first point in Vallejo. Next it was on to the big show, Montgomery! We planned and planned for this 4 days of showing. We had to fly to Pennsylvania and he flew like a champ (of course we heard some barking from the belly of the plane and we all who knew that was!). The first day, he took his class under the well-known, Peter Green. He continued to show the remainder of the weekend and just showed like a champ taking first or second in his class. What else could we expect from an unknown, Dog, unknown Handler and unknown Breeder, but we made sure everyone knew who Pele and Hat Trick was by the end of the weekend. We came on and Pele took his first Major at DelValle.

More to come on how Pele became a Champion!