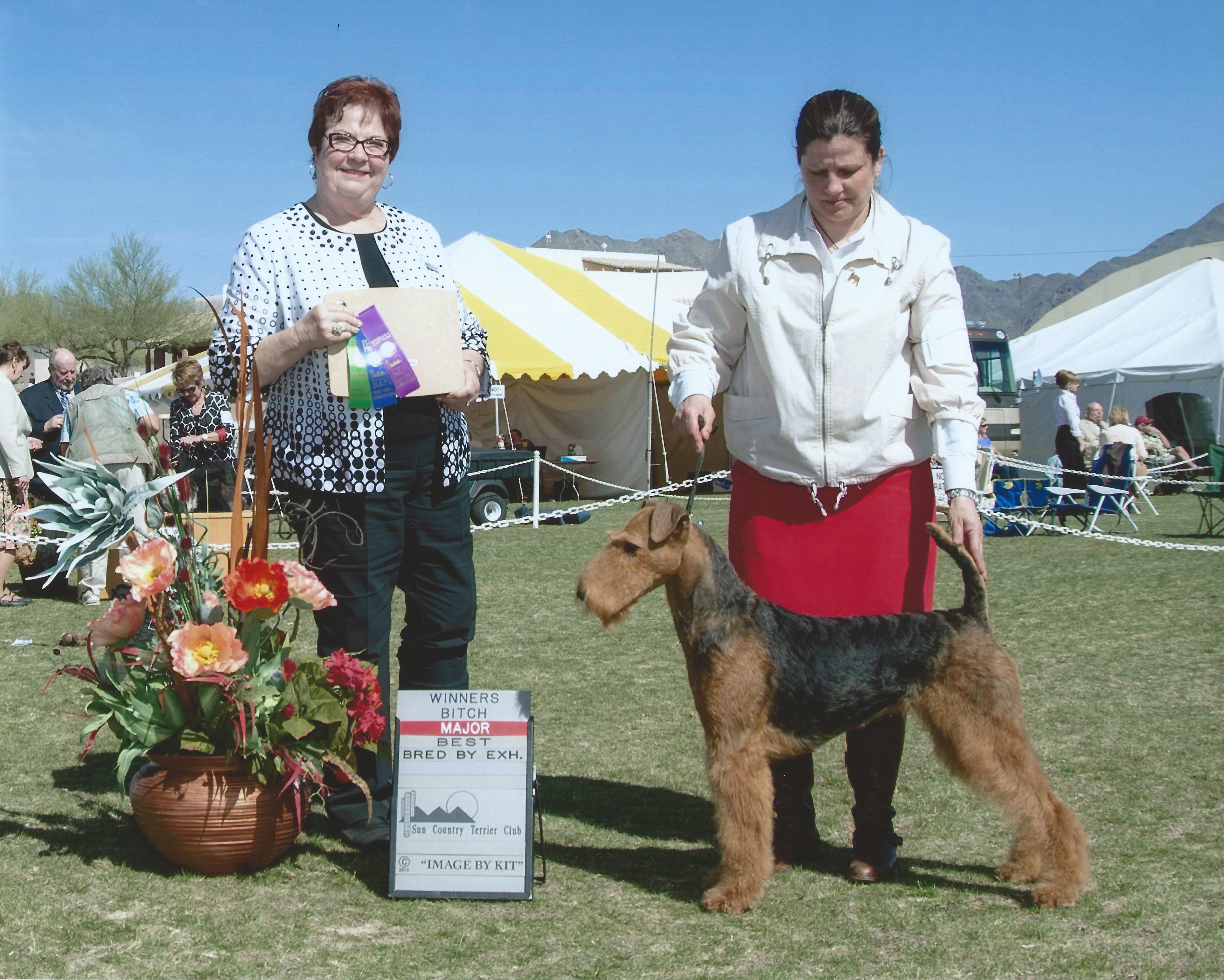 Posh gets her first and second major at the Arizona National Floater Specialty Weekend. Posh took Winner's Bitch – a 5-point major and a Group 2 in the Breed By Exhibitor Group on Thursday, February 28, BBBE at the National Floater on Saturday and Winner's Bitch for her second Major on Sunday. Posh finished her championship at the Northern California Specialty with a 4-point major. She is our 4th Hat Trick AKC Champion!